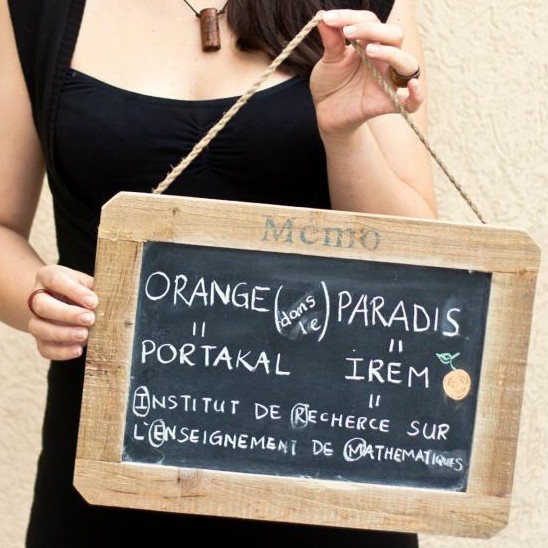 Hi, my name is İrem Portakal*.

''İ'' is the uppercase of "i" in Turkish. It is pronanciated for example as the german letter "i".

I am a postdoc researcher at TU Munich in the research group Mathematical Statistics led by Mathias Drton. I am also an associate of Reinhart-Koselleck-Projekt "Reflexive decision and Game Theory" led by Wolfgang Spohn.

Before that I was a postdoc researcher in the Nonlinear Algebra Research Group of Bernd Sturmfels at the Max Planck Institute Leipzig and Discrete, Convex and Toric Geometry research group of Benjamin Nill at Otto-von-Guericke-Universität Magdeburg. I defended my thesis in April 2018 at Freie Universität Berlin. I was a PHD Student in Berlin Mathematical School and in the Algebraic Geometry Group of Klaus Altmann. Before, I was a master student at École Normale Supérieure in Lyon and an undergraduate student at Galatasaray University in Istanbul, Turkey.

© Please do not use the pictures on this website without my permission. Last update: 23th of September, 2021.